NanoSculptor software is used to control the process of 3D and 2D images forming. Its implementation is based on Microsoft technologies, such as:

Screenshot of NanoSculptor software for 3D object forming is shown in Figure 1. 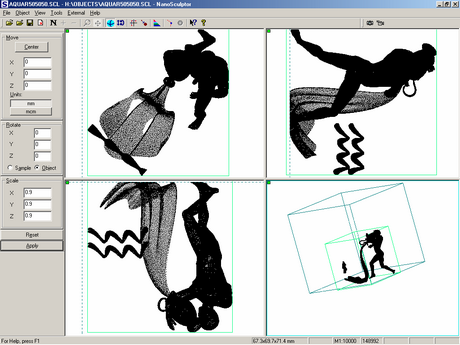